River Island kicked off 2019 with This is Family, celebrating bonds we share, that go way beyond DNA. Continuing to explore what family means, we enlisted some reps from the ‘chosen’ variety to showcase our Spring 2019 trend, New League.

Inspired by the look’s quietly sporty vibes, we invited basketballers from London City Royals and Oakland Wolves to appear in our launch film. Two teams, both alike in spirit, took to the courts of the Crystal Palace National Sports Centre to get their game on. Directed by Hector Aponysus, it sees players run wild until they eventually get caught out.

With trust and teamwork at the heart of their sporting success, both squads see their fellow players as extended family, and here’s why…

What’s the best thing about being on a basketball team?

Fego: It’s a way of meeting people. Everyone says that the basketball world is so small, like you can know everyone across the whole country.

Naomi: I think it opens up a lot of opportunities as well, through basketball people can travel the world to play and have so many different experiences.

Naomi: We spend so much time with each other, you’re with your team every day.

Fego: Through the game there’s so many emotions and we argue like sisters but when you’re off the court it’s all forgotten about.

What are you known for off and on the court?

Fego: We’re all quite competitive but off the court I’m known for being Malakai’s (my baby’s) mum now!

Naomi: Being loud and trying not to foul but fouling anyway! And shooting, if I’m having a good day. And off court, still being loud.

Lizzie: On the court I’d probably say shooting and being the leader, I’m the Captain so I make sure that we do what we need to do to win. Off the court, being the forgetful one.

Other than trust, what traits are important?

Naomi: Patience, because there’s always different levels of players that you’re playing with and not everyone is the same level so you’ve got to have patience. You’ve got to make sure that everyone is sticking to what they’re good at and that you’re able to bring that out in them.

Lizzie: You’ve got to be relentless as well. You’ve got to know what you’re good at and do it all the time. Don’t try and be someone that you’re not because you’re not going to help the team if you try and do something different.

Out of the three of you, who is the best for advice?

Lizzie: I feel like that’s because I’m the mature, responsible adult! The girls on the team call me mummy.

Naomi: I can’t do advice so don’t come to me!

Who’s the best wing woman if you’re going out?

Naomi: We’re all in relationships so there’s no need for wing women! We’re tall so if we’re in heels we tower over everyone as well!

Tell us about the team…

Ed: This is the first year the team has been established so it’s my first year back in the UK.

What’s the best thing about it?

Ed: Definitely the fact that everyone knows each other, it brings a sense of comfort. We’ll always be professional and perform and do the job right. But if you do mess up, your brothers will pick you up and have your back without pointing fingers or putting you down.

Elvisi: We’re all brothers. You know when you go out with your home boys or close friends, you can be yourself, you can say whatever.

Elvisi: Other teams I’ve been on I’ve been very restricted, but with this lot it’s different. And we always see each other!

What does basketball mean to you?

Ed: I got to help my family out with a lot of things, like paying off debts getting them a house, it was my outlet to better my family’s situation. I know I have talent, but anyone can have that. It’s performance that says whether they’re good or not. But I like to think I’m humble. I don’t necessarily feel like I’m good enough yet. You’ll never be perfect but as long as you’re striving you’ll always land somewhere.

Jules: It means everything, I’ve been able to help family and meet a lot of people that mean a lot to me in my life. I’ve been playing for a long time and it’s kept me on the straight path, taught me a lot of things I didn’t learn in school or whatever. It’s a big part of my life.

Elvisi: We get to see a lot too, we’ve travelled the world for free [laughs] you stay in four star hotels, you get lifts everywhere, you get free food - it’s alright!

What are you known for on and off court?

Ed: On court, I’m the shooter.Off court, I’m kind of goofy, forgetful - I’m always losing my house keys and have to give them to Elvisi to look after.

Jules: This guy loses everything.

Elvisi: On the court, I’m known for my experience. I’ve been in the league since I was 17 so a lot of it is my experience and composure in the game. I’m very honest and open, I’m the type of guy who will crack a joke at a funeral or something.

Jules: Oof! On the court, I’m known for energy, I’m pretty good on defence and running the team. Off court, I’m the easy-going, little brother. I get along with everyone and I’m known for eating all the oreos and milk.

Elvisi: This isn’t even a joke, he comes to mine every day and without fail I get him a little bottle of milk and a pack of oreos. He doesn’t eat dinner or real food. 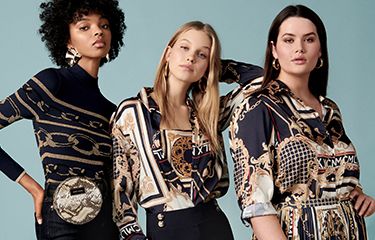 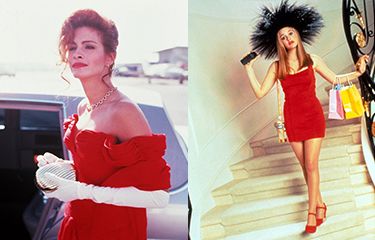